I know I’m a bit late in writing this post. Do you remember how I was telling you about our lesson in procrastination? 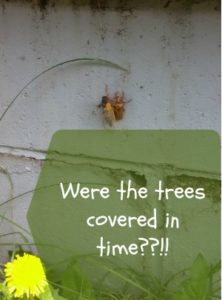 Well, it was a close one! We were told the cicadas would be coming around the middle of May, but it was already mid-May before John picked up the roll of window screen from Lowe’s. However, we still weren’t able to use it right away, and we still had to figure out how we were going to use window screen to protect our trees.

The evening finally came where we could do so!

It didn’t take too long for me and John to figure out what we wanted to do. Basically we created bags that slipped over the top of the trees and bushes.

To create the “bags,” we draped the screen over the tops of the trees, then  just folded the edges over and stapled them together. Finally, I ended up tying some twine around the bases.

Keep in mind that our trees aren’t bushy yet, so I don’t think this would have worked as well if they were a little more mature.

I was so glad that we covered the trees when we did – the next morning we saw our first cicada of the season…. 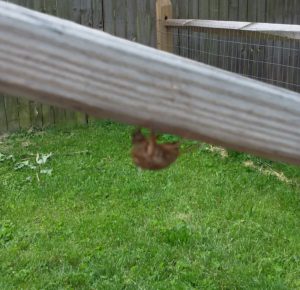 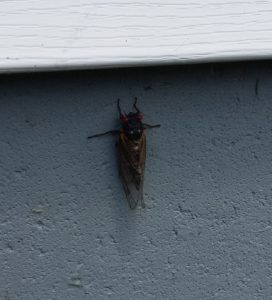 Since then, we’ve seen about one new cicada and/or cicada shell each day. We aren’t getting as many in our town as I was anticipating, but I’m not complaining. The next town over definitely has more, but they still aren’t too bad. 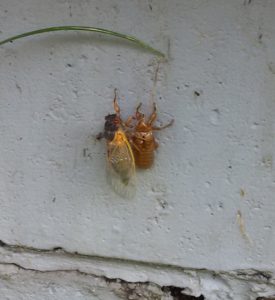 I’m wondering if the cooler spring has something to do with it???

What do you think?