You are here: Home / Blog / Slowing Down

It may seem that my focus to take action and enjoy life would mean that I need to speed things up. It’s really just the opposite – it’s all about slowing down and focusing on things that matter and will help build a lasting foundation for our family.

Yesterday was a perfect example of that… Or as perfect as it could get in the midst of chaos!

The morning consisted of purging and organizing our office space and the office closet with the kids. As you may imagine, by lunch time I had about had it with everyone and everything. We needed to take a break and I needed to focus on doing something with the kids that didn’t involve cleaning. Before starting any activities, we put first things first and had quiet time/nap time directly after lunch! Michael had pretty much given up on naps the last few months, but the last few days I’ve been able to lay with him and get him to go to sleep. During that time the kids were separated and told to look at some books.

As I was laying there on the couch with Michael, my mind started to wander and think of ways to slow down a bit with the kids while teaching them valuable skills. That’s when I decided that we would be writing letters. The kids decided who they wanted to write a short letter to and then dictated it to me. Once they were done dictating, they traced my dotted letters and drew a picture to go with it. I also got to write a letter to a friend!

This is something I hope to continue weekly… How nice is it to receive a letter in the mail that isn’t junk mail? How often do we receive such things anymore? What about the actual act of writing the letter? It’s so much different to sit down to think about what you’re going to write and then use a pen vs and email, text, or chat message. So… why not slow down to write a letter?! Plus, it may even help them get used to writing their letters and see how they fit into sentences 🙂

Virginia also got a “sew your own doll” kit for Christmas. While the boys played that they were slaying dragons, she and I worked on our sewing projects. For having never sewed before, she did a great job with her doll! (Check it out on our facebook page!)

I’m working on beautifying my home a little each month, so my sewing project was to make throw pillows for our couch. In the past I have gotten so overwhelmed with what I wanted to do, and feeling that I couldn’t put any money into creating the look I wanted, that I kept putting off. I finally had an inner revelation that I don’t need to do it all at once. I realized that it’s okay to slow down and just choose something little to do each month. I still have one more pillow to make this month, but looking at this first one makes me feel so happy.

Slowing down is about the little things and acting with intention and purpose. It’s not easy – I fail so many times, but it is so gratifying when I am able to slow down and appreciate what God has given me!

How have you slowed down today? 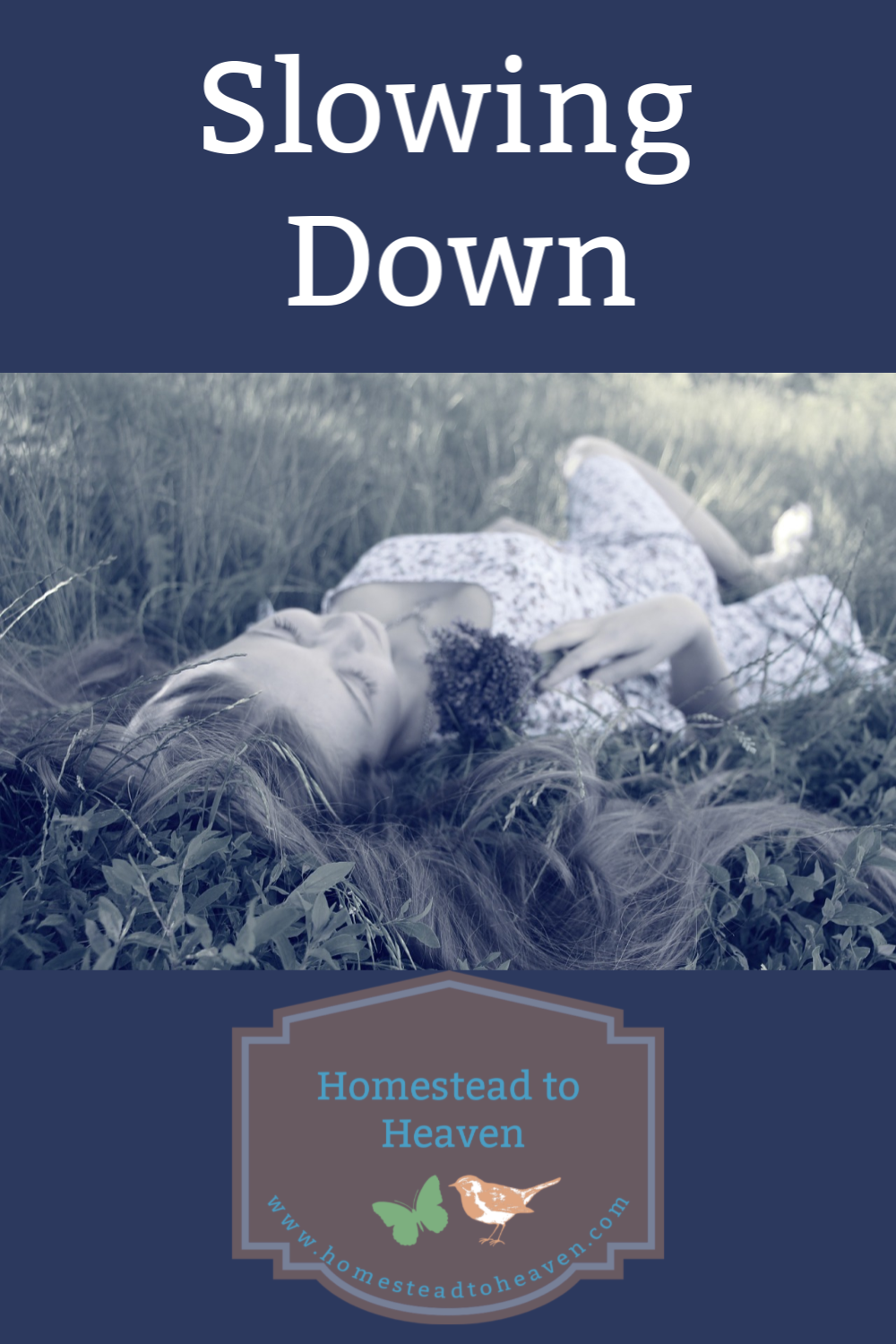