You are here: Home / Blog / My Sourdough Bread Adventure

After a dismal attempt at a rye sourdough starter a few months ago, I finally got the hang of it! 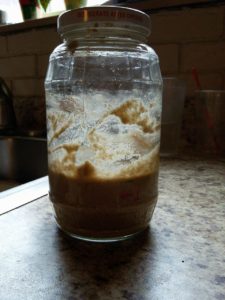 I was going off of this recipe which turned out to be pretty simple. I had a little bit of trouble getting the starter to grow as fast as it was supposed to, but I think that’s because I was using city water. After a few false starts (aka a few extra days) we had enough growth to get started on a Poolish!

Oops! I forgot to take a picture of the Poolish before I started working it…

Oh, well… I wanted a recipe that would give me a simple sourdough bread, so I used this recipe as I continued “the project.” LOL 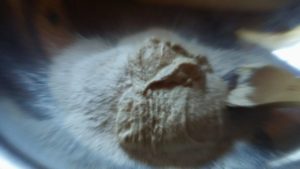 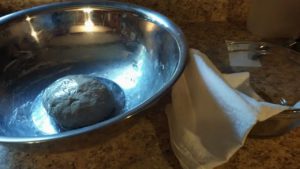 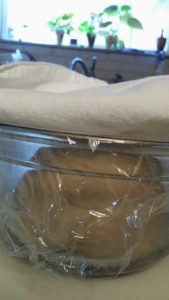 My Poolish wasn’t as goopy as it should have been, so neither was my dough. I don’t think my starter was quite strong enough to handle the rise that was needed, but it still provided just enough umph to give us a small loaf. 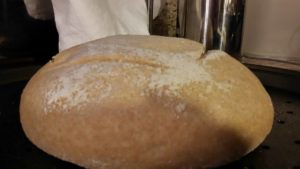 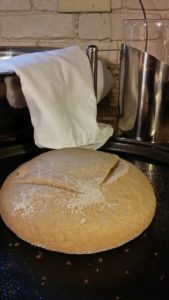 I thought it was quite a pretty loaf too, as I prepared it for the oven! 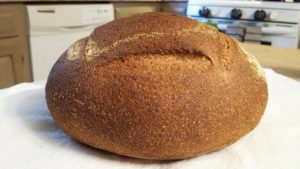 It ended up getting a little browner than I was anticipating (and probably more so than it was supposed to), but it sure did taste good! 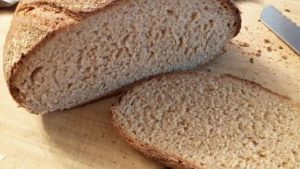 Even so, I think I’ll stick with yeast for now, and get our fermented foods in other ways. …at least until I stock back up on Rye Flour!

Thanks for joining me in learning this homesteading skill!

Have you ever made sourdough starter and bread? How did it go?